This was definitely a paradigm shift for Swedish Post issuing policy. A single series definitive stamp for domestic parcels - that had never been seen before. If the old policy would have continued a new Three Crowns with the denomination 3.50 kr would have been issued, or a new definitive series with more than one stamp would have been launched. That did not happen - an era was over!

This stamp is regarded one of the best stamps issued  during the sixties, with its soft lines, grey shadows and  mild olive-green greyish colour. The artist was Gunnar Norrman and it was engraved by Heinz Gutschmidt. 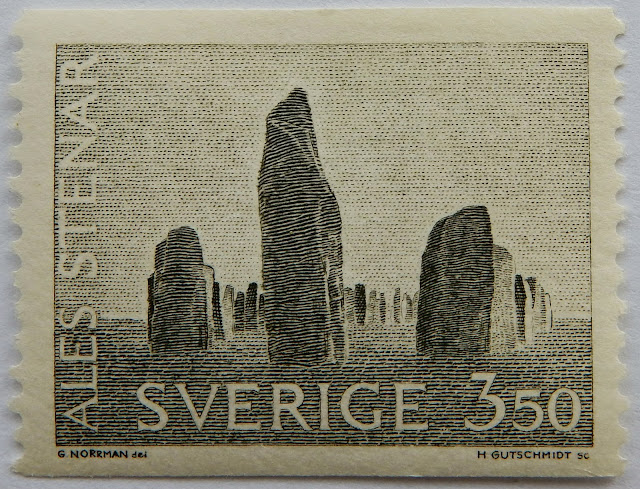